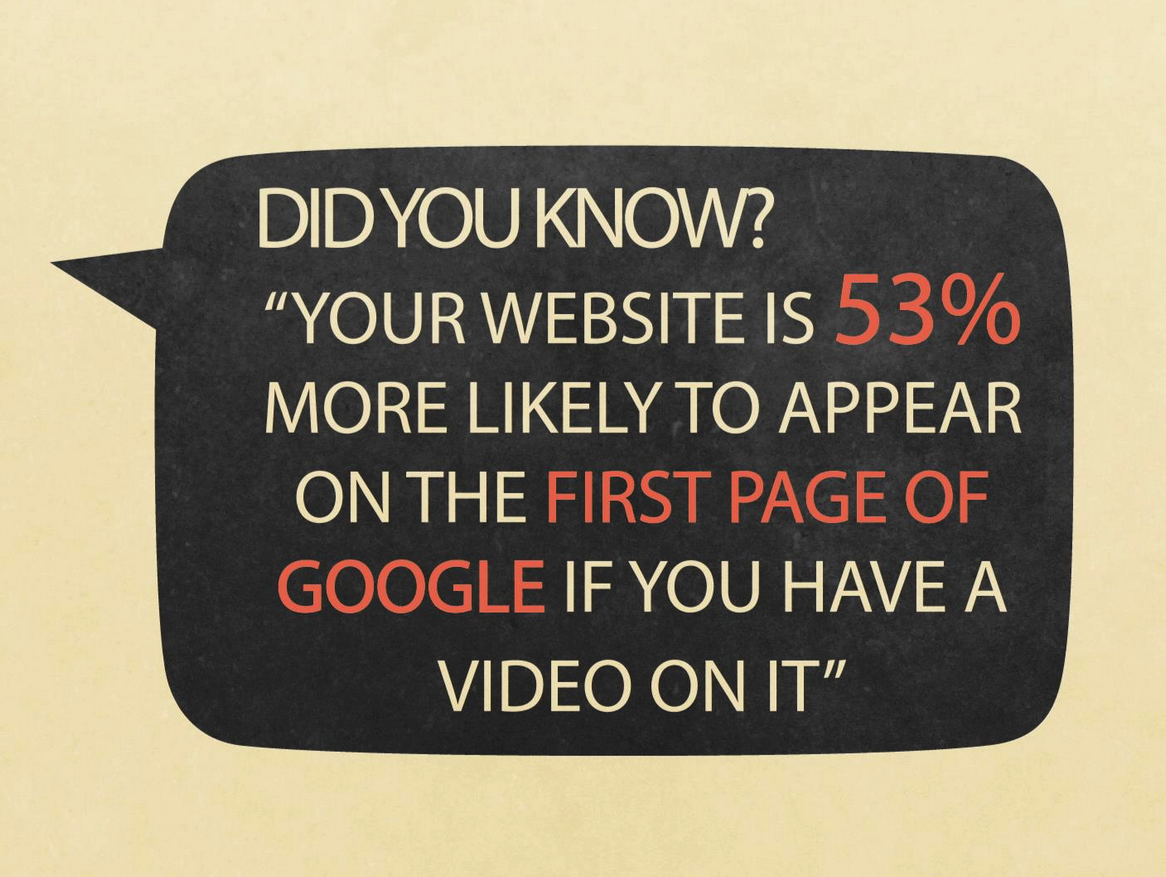 I’m sure you have noticed the ascendency of YouTube videos in the search engine rankings. Right now YouTube videos dominate organic search and if you are not using video to drive traffic and get your message out… well, you’re in for a world of hurt.

Why Video Is Powerful

With video (YouTube specifically) there are no Google slaps, dances or drops. Ranking with video doesn’t require jumping through a bunch of hoops. Nor does it takes weeks to get ranked and start driving traffic!

Brafton. New YouTube Rankings Place Value on Viewer Retention. Business 2 Community. And in video marketing one of the best ways to measure content quality is by monitoring audience retention. In fact one of the great things about Brainshark reporting is that not only can you track how long people view your content but also which How To Get More Views On YouTubehypebot.com. YouTube Changes Video Ranking Emphasizes EngagementSmall Business Trends. YouTube ranks videos by time watched rather than viewsBrafton. Practical Ecommerce. all 23 news articles.…

How You Can Make Money With Video?

Before you can even think about making money with video, get over your fear. So what you have a face for radio or you think your voice is bad. Like anything else, perfect practice makes perfect.  In fact, when I first started, I made videos using a free service called Animoto.

Here is an example of an Animoto video I made back in 2012… using a cheap digital camera.

I was in Florida visiting my daughter and her best friend was doing street art at a local festival. In fact, I uploaded this video to YouTube using the keyword phrase, “David German Visual Artist”. This 30-second video still ranks on page one of Google for David German & Concept Rhythm (his website).

Ranking that Animoto video led to Dave hiring me to SEO his site. That’s just one way to make money with video. Below are some others…

Here’s another Animoto production from back in 2011 for an affiliate product, “Unfair Money System”.

Still ranks for that exact keyword phrase on p1 of Google. This was way before the huge YT craze of today. Nothing sophisticated about these videos –  I’m not appearing in or even speaking!

I thought making videos would be hard…

Today, using video in my marketing is a main component of my online business, but it wasn’t always like that.

Like you perhaps, I was reluctant to start creating videos. I thought it would be hard, I really didn’t want to be on camera and I thought the investment in software would cost a lot.

I have Super Affiliate & product creator Dave Guindon to thank for getting me started making videos. I’ve been on Dave’s list since 2009. Back then he was one of the first online marketers to really embrace video in his marketing… and Dave made great videos (he still does!). He made it seem so simple. And when he developed his own screen capture software, Camstudio, I bought a copy.

I started modeling my presentations after what I saw Dave doing. And the more videos I recorded, the better I got at it. It will be the same for you. (Perfect practice makes perfect…)

I took action and discovered how simple it was use video to build a list and add cash to my PayPal account. I’ve since gone on to create multiple YouTube channels… mostly using pseudonyms.

Now I would not think of creating a campaign without posting a video.

What the next step? Take Action!

How To Use Video To Boost Your Online Profits