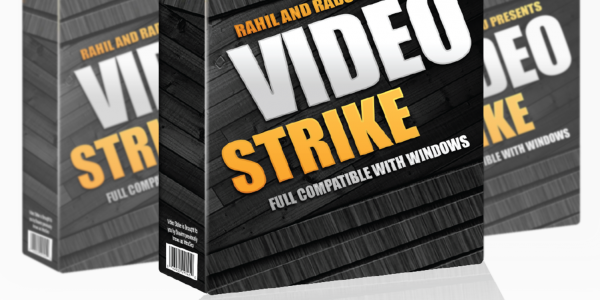 VideoStrike Makes Big Claims, But Does Not Deliver?

VideoStrike IS NOT What It’s Creators Promise!

In my use of the product I found that not to be the case at all. In fact it was far from what the creators Radu Hahaianu & Firas M.Alameh together with Rahil claim.

In fact, I sent an email to Radu prior to the launch voicing some of my concerns, but never received a reply!

Below is a video review by Sam Baker that exposes the limited scope of this software. I didn’t see the point of creating a redundant video and that’s why I’m using Sams.

The products claims are hype and as Sam Baker demonstrated in the video the product is very limited. If you are looking for a full function video creation/editing software you’ll probably demand a refund shortly after you buy it. It’s disappointing that Radu Hahaianu et al released such a sub-par video software targeted at newbies and obviously designed to make a quick buck!

Essentially VideoStrike uses static background images and allows you to superimpose text or other images on top of the backgrounds. Once you’ve built your slide, the software converts them into a video, of sorts.

There is no audio recording function so if you want to add voice or music tracks, you will have to upload them separately in another video editing software. This sort of defeats the point, right. There is a screen record feature but it is basically useless as it only records the software’s desktop.

Even at it’s low cost, the frustration level of trying to create a decent video presentation outweighs any cost savings (IMHO).

What To Look For In A Video Creation Software

There are several things you need to consider before deciding on a video creation software:

See 5 Best Explainer Video and How to Make Your Own

How Often Do You Intend to Make Videos

If you are just a casual creator of video content, investing a lot of money in software may not be the best choice. There are plenty of free solutions online that you can use to create the occasional video.

Before I invested in Camtasia for example I used the online service Animoto for months to create videos from images with text. By the way, Animoto comes with a full library of music files for free.

I also used Jing. Its produced by TechSmith, the same company that produces Camtasia. Jing is great for short screencast videos – 5 minute limit; and it’s free to use. It is perfect for short instructional or demo videos and you can store your videos in the cloud, saving your hard drive space.

Recording and editing videos can put a strain on your system; especially if you’re using an older computer. When I first started out using an old Dell computer, there were times when my system ground to a halt or just crashed trying to render a video. You need to consider this when thinking about software.

According to VideoMaker.com – One way to start thinking about configuring your video editing computer is to build up from the minimum requirements of your particular editing software. Products like Adobe Premiere Pro CS5.5, Apple Final Cut Pro X, and Sony Vegas Pro 10 typically recommend at least a 2 GHz multi-core processor (e.g., Intel Core 2 Duo), 2 to 4 GB of RAM, a GPU-accelerated graphics card like the NVIDIA GeForce with at least 256 MB of internal memory, and a 7200 RPM hard drive for editing compressed video formats or RAID 0 for uncompressed.

That’s a good start for even HD editing, but these companies also work with partners to recommend step-up systems for more advanced editing. Apple obviously is happy to offer Macintosh and MacBook systems; Adobe has Dell, HP, and Lenovo as hardware partners; and Sony highlights a selection of certified, pre-configured Supermicro workstations from around $4,000 to $7,000.

If you’re doing more intensive editing, you can step up to a mid-range system for improved rendering speeds and real-time playback on the timeline. This might include a next-generation processor like the Core i5, quad cores for better multi-processing, redoubled memory at 4 to 8 GB, a more professional-grade GPU like the NVIDIA Quadro or AMD Radeon HD with more internal memory (512 MB to 1 GB), and higher-performance hard drives at 10,000 RPM / 3 Gbps.

I own several top video software products including:

The truth is you get what you pay for. Quality software is an investment. Good video software products save you time & effort, enhance your creativity and render an end product that increases the marketability of your product or service. This is not the case with VideoStrike.

Obviously there will be those who purchase VideoStrike because it’s the latest shiny object. In my opinion, it’s a poorly developed software that does not deliver on its claims. 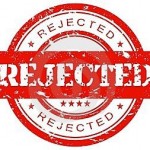 Commission Assassin Review|Is It A Scam?